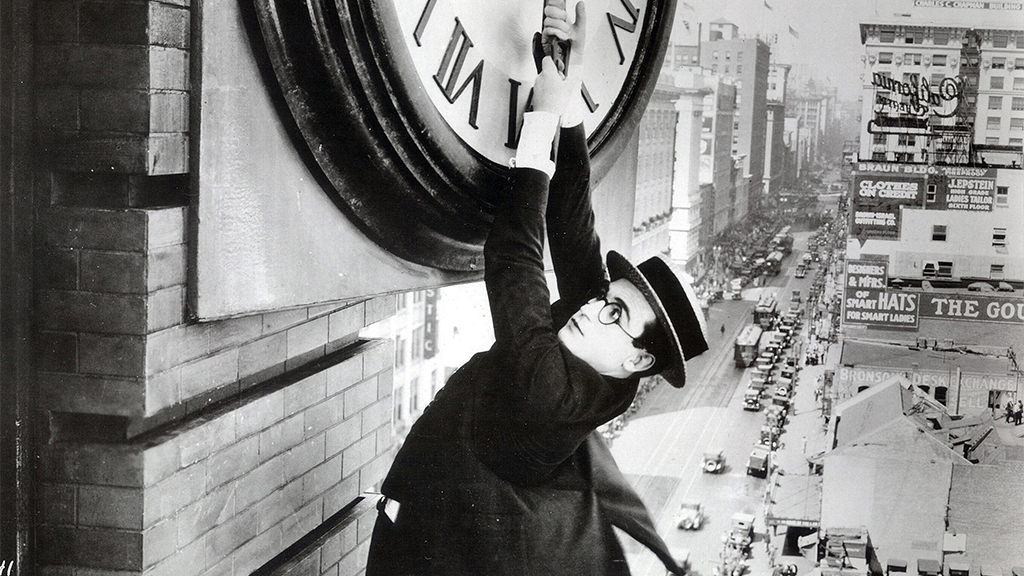 Safety Last! s a 1923 silent romantic comedy film starring Harold Lloyd. It includes one of the most famous images from the silent-film era: Lloyd clutching the hands of a large clock as he dangles from the outside of a skyscraper above moving traffic. The film was highly successful and it is viewed today as one of the great film comedies.

The experienced silent film accompanist André Desponds will improvise ad hoc to the film as it was done in the old days.